This thread and succeeding threads will discribe my use of market statistics as an intraday trading tool. I wanted to write this down some where for my own edification and perhaps introduce some new ideas that have not been expressed before. Perhaps some of these thoughts may be of use to those of you who are mainly interested in price action, and what market statistics implies about it.

We are all aware that price action is all about probabilities. One can ask the question, what is the probablility that at any moment in time, prices will move higher rather than lower. To answer this question requires a knowledge of the probability distribution of prices or volume. The shape of the distribution, and where present price is in the distribution function, suggests in which direction to trade. If price is in a low probablility region, enter a trade in the direction of higher probability. If price is presently in a high probability region, don’t trade.

Sounds simple, but it’s fraught with difficulties. Look at figure 1. This is a 2 minute candlestick chart for the E-mini Russell 2000 index futures for June 22, 2007. The volume distribution function is drawn on the left along the price axis with bars extending out to the right. The length of the bar is determined by how much volume was traded at that price. The longer the bar, the more volume traded at that price.
Looks a lot like a Market Profile. In fact Market Profile is a subset of this more general probability distribution function.
Several things to note about it as follows:
1)The distribution of volume is roughly symmetric about the peak volume price occurring at 840.20 (indicated by the red line in the center) with some smaller peaks occurring both above the peak(at 842.30 and 843.60) and below the peak (at 837.20 and 836.60)
2)The distribution shows very low trading volume, in the high price area and low price area.

I point out this symmetry in the distribution mainly because it is unusual. It doesn’t occur very often. More often than not, the peak volume price does not occur in the center of the distribution.

I’ve also shaded in light blue, the region outside what is called the value area for you Market Profile fans. The green region is the value area, the area where 70% of the volume has traded. I suspect that 70% was chosen as the value area because it is close to 1 standard deviation of a normal distribution ( 68.3%). The normal distribution is symmetric about the peak volume price. There have been lots of prognostications about how to trade when price moves back and forth across the value area, especially value areas generated the previous day. For a more or less complete list of these trade setups see the following sticky thread or this site

So what happened?
What happened was, the distribution function decided to expand. It would evenutally expand so much, that the peak volume price would eventualy move down to 840.20 (figure 1). In fact, you should NOT have taken the trade described above, for reasons which will be mentioned in a future thread, when we introduce the concept of the volume weighted average price, the VWAP. 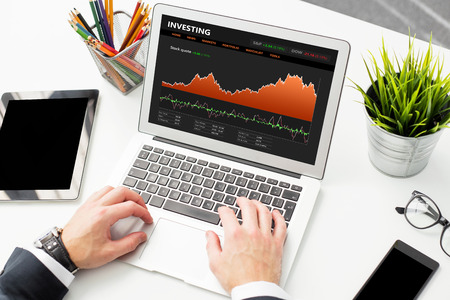